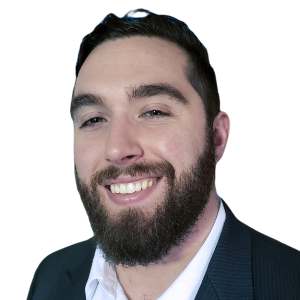 Jason is the Vice President of Business Development at BizzTech, a global leader in virtual events, and the Host of the Internet talk show BizzTalk.

As an entrepreneur, and founder of multiple startups, he has a diverse background in business, finance, operations and business development across several industries, and has moderated over 100 shows, panels, and interviews.

The session will be spearheaded by the following three speakers. 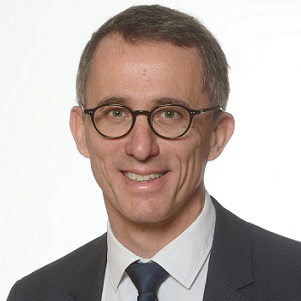 Marc Roussel has spent 17 years at Otis Elevator Company where he was Director of Operations for Africa. Then, he joined UTC Building & Industrial Systems as Vice President for Africa. Working in African countries since 2007, he joined Bureau Veritas in 2015 as Senior Vice President Africa, and, since 2018, as Government Services & International Trade President & SVP Africa.

Marc Roussel graduated as an Engineer from "Ecole Centrale de Paris" in 1990 and holds an Executive MBA from HEC Paris, France (2002).

Jean-Claude Lasserre has been Africa CEO, Saint-Gobain since 2018, overlooking operations in 12 countries with 18 manufacturing facilities within the continent. He has been working at Saint-Gobain for 25 years holding different positions from Business Development to General Management in 7 countries across Asia, Europe, South America and Africa.

Saint-Gobain is a worldwide leader in Building Materials, present industrially in 70 countries with 167,000 employees, a Turnover of 40B€ and more than 350 years of history. 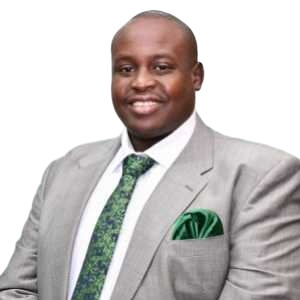 Daniel Kiptoo Bargoria is the Director General, a position he has held since his appointment on 30th June 2021. Prior to his appointment, he held the same position in an acting capacity since 14th December 2020.

Daniel  has vast experience in the Energy and Petroleum sectors with a bias in Policy Formulation, Regulation and Project & Structured Finance. He has previously served as a Legal Advisor at the Ministry of Energy and State Department of Petroleum and Chairman of the Government’s First Oil Committee charged with delivery of First Oil for Kenya. He was also instrumental in the drafting of the Energy Act, 2019 and Petroleum Act, 2019.

He is a Certified Public Secretary in Kenya (CPS), Chartered Secretary of the Institute of Chartered Secretaries and Administrators UK (ICSA) and a member of the Association of International Petroleum Negotiators (AIPN). He holds a master’s degree in Petroleum Law and Policy from University of Dundee-Scotland.

The session will be spearheaded by the following five speakers. 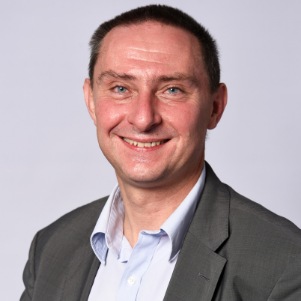 Jean-Michel PERRET is the Director Southern Africa District for Government Services (GS) activities within Bureau Veritas. He is based in Johannesburg.

He has been working for Bureau Veritas for the last 11 years. Before arriving in South Africa, he was in charge of the management of GS activities (PSI, VOC, Single Window) in DR Congo. He has a multicultural african experience for the past 21 years in the Transport & Logistics Industry (General Cargo and Industrial Projects), International Trade and Business to Government Industry.

He is responsible to support the contracts related to Conformity assessment on imported goods, according to national standards or an international equivalent, in various Southern Africa countries where such programmes are in place. 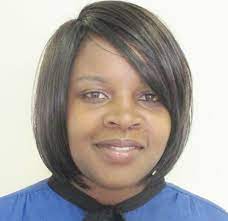 Florence Muleya is the Chief Executive Officer for Zambia Association of Manufacturers – ZAM.

Muleya previously worked as a Researcher and Manager at the Zambia Institute for Policy Analysis and Research (ZIPAR), an institution committed to working towards sound economic policies.

Her roles at ZIPAR included providing evidence-based solutions for public policy influence and implementation as well as managing research projects.
Prior to this role, she worked for the Zambia Revenue Authority – ZRA in both the Customs Services and the Domestic Taxes Division in various portfolios and worked with private sector, advising on tax matters.
Muleya’s educational background includes a Master of Science degree in Trade Policy and Trade Law from Lund University, Sweden (2010) in which she graduated with distinction and a Bachelor of Arts Degree in Economics from the University of Zambia (2007).

As an optimist, she believes that within the context of the COVID -19 pandemic lies a seed of an equal or greater opportunity to learn valuable lessons that can ultimately be used to better manufacturing and fully entrench the Proudly Zambian Campaign. 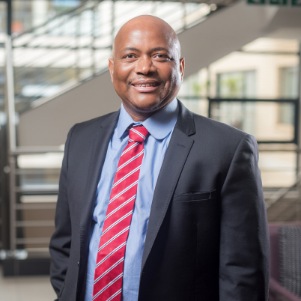 He is also the Chairman of Aspen Pharmacare Holdings Ltd, a leading global specialty and global pharmaceutical company with operations in over 50 countries and a product footprint across 150 countries. He is a Member of the Board of the The American Chamber of Commerce (AMCHAM) in South Africa and is also a member of the Board of the Southern Africa-Canada Chamber of Commerce (SACANCHAM). Recently, Kuseni was appointed Chairman of Sandvik Mining Southern Africa Holdings (a subsidiary of the Stockholm-Headquartered Swedish multinational, Sandvik AB).

Kuseni is the former CEO of Old Mutual South Africa and Emerging Markets. Prior to this he was the Head of Anglo American South Africa, a member of the Executive Committee of Anglo American plc in London and was the Director of Anglo Platinum. He is also the former Executive Chairman of Richards Bay Coal Terminal Company (RBCT) Ltd and a former Chairman of Anglo Operations (Pty) Ltd in South Africa. As part of his career in mining, he held a number of senior positions at Anglo Gold Ashanti and De Beers Consolidated Mines Ltd in South Africa and London, in the United Kingdom.

Kuseni is a graduate of the Universities of KwaZulu-Natal, Durban, and Oxford where he was a
Rhodes Scholar.

In March 2008, he was named a ‘Young Global Leader (YGL)’ by the World Economic Forum (WEF) and, during the same month, MiningX selected him as one of the top 100 most influential people in South African mining. In June 2008, the Mail & Guardian newspaper named him as one of the top 200 young people worth taking to lunch and in the same year and month, The Economist referred to him as “A Rare Commodity”.

In 2010, the World Economic Forum appointed him a member of the Global Agenda Council on Economic Growth and Poverty Alleviation. In 2011, he was appointed co-Chairman of the annual World Economic Forum (WEF) Africa Summit which brings together Heads of States, leading politicians and business leaders to debate the state of Africa in a changing world on an annual basis.

Kuseni is active in professional bodies and charities which include the South African Institute of International Affairs (SAIIA), Common Purpose and the Advisory Board of the Gordon Institute of Business Science (GIBS) Business School, where he is the co-Chairman of the Advisory Board. He was recently appointed Chairman of the Council of the University of Pretoria, the biggest contact university in South Africa and is the former Chairman of the Board of South African National Parks (SANParks), one of the largest conservation agencies in the world, where he was responsible for developing a successful anti-rhino poaching strategy. 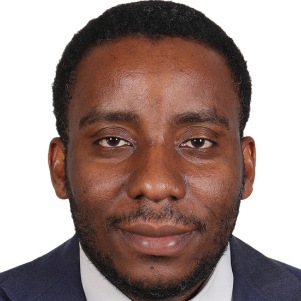 Babajide Sodipo is the Senior Manager, AU/AfCFTA Relations at Afreximbank, responsible for coordinating and managing key Bank initiatives and relationships centered around the AfCFTA and the African Union. He also served as Senior Manager, Export Development Advisory, leading the Bank’s interventions in providing advisory services and support to member states in the formulation, design, and implementation of policies, strategies and regulatory frameworks to develop and promote trade competitiveness in regional, continental and global markets.

Previously, he was a Senior Adviser to the AU Commissioner for Trade and Industry providing strategic technical assistance and advice on continental trade and industrial policy matters and the development of relevant African economic policies, including working on the establishment of the African Continental Free Trade Area among others. He has also provided advice on trade policy, investment and regional integration issues and policies in East and West Africa as well as provided support in the negotiation of key regional and international trade and investment agreements.

He has a Law degree from the Obafemi Awolowo University, Ile-Ife (Nigeria); an LLM in International Trade and Investment, from University of Pretoria, (South Africa) and a Master’s in Public Administration from the London School of Economics and Political Science.

The session will be spearheaded by the following speaker. 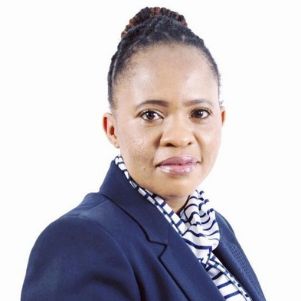 Matlou participates in national and international food regulatory bodies and has also participated at the United Nations Economic Commission for Europe, where she was Vice Chairperson of the Dry and Dried Produce Committee from 2014 – 2016.

She has in-depth knowledge of the food industry and her public service experience has equipped her with a vast understanding of the national and international food law spheres.

The session will be spearheaded by the following three speakers. 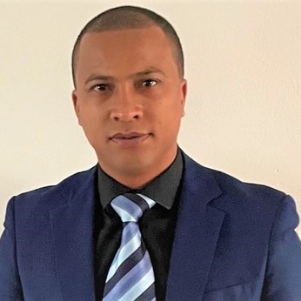 Clayton Kyd Is presently IT Director of Africa and Cyber Security Market leader for Bureau Veritas Africa, prior to joining Bureau Veritas he was Head Head of IT Middle- East and Africa for Swissport International.

Clayton possesses a strong understanding of IT and Cyber Security and the touchpoints of these topics to the business environment. Clayton has attained empirical experience over the years of how to navigate and steer organisations in realtion to Cyber Security and IT in the broader sense.

Clayton has 16 years of experience starting from grassroots level in IT as a desktop support officer from 2004 and growing into IT management from 2008. He has been certified as a  Microsoft Systems Engineer, Cisco Certified Network Associate and holds an MBA. 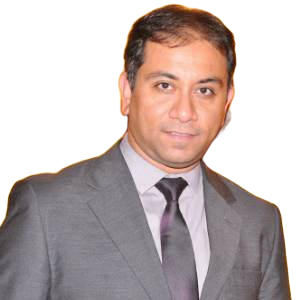 Amit Roy heads Atos’s Cybersecurity Practice for Middle-East, Turkey and Africa (META) regions. Amit is responsible for driving the Cybersecurity business strategy, growth and revenue for the region and is committed to provide value delivery towards customer’s unique cybersecurity challenges.

Amit is engaged with several Information Security forums in the region, providing latest insights in Cyber Security and related topics.

Our 190 years of experience in Africa enables us to offer our clients customized service.
Find the nearest BV office